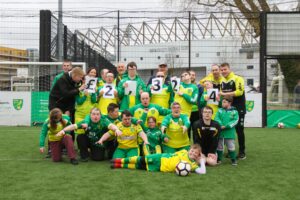 Here at Cavell Healthcare, we are passionate about giving back to the community in which we live and work. We are also enthusiastic and many of us, life-long supporters of Norwich City Football Club, so when we heard about Rays Funds, we didn’t need to be asked twice if we would be interested in sponsoring their endeavours. We thought it would be nice to hear from Eddie Edwards, who runs Rays Funds, and share more about what they do…

What exactly is Rays Funds?

Rays Funds is a group of Norwich City fans who get together on the Pink Un message board, known as Pink Un Pickers (PUPs), to raise money for the Community Sports Foundation (CSF) Pan Disability groups and especially the Downs Syndrome football team. We all pay £10 a year to play and then predict a team to win each weekend. Then each Friday one of us selects six from the predictions and we place a bet on those selections. There is strong competition amongst us and a league table is kept throughout each season to find the top PUP. We also predict outcomes from each weekend’s Norwich City match. And one of us picks a few from those selections each weekend and a bet is struck paid for by an anonymous benefactor. Rays Funds has evolved beyond this basic idea and now funds are also raised through various pledges, competitions and donations from posters on the Pink Un message board.

When was it started?

It was started in 2007 by my great friend Ray Ducker and we ran it together for the first couple of years. Sadly we lost Ray in 2009 but I have managed to keep the concept running and the successful PUPs now aim to make their way onto the ‘honours board’ named in Ray’s memory. In those early days we raised funds for the Norwich City Academy before changing to support the CSF in 2013.

What is your role?

My role is doing the administration and supporting our PUPs brilliant fundraising ideas. I’m also a link between the PUPs and the CSF. Ultimately, it isn’t so much about individuals, I see myself more as a helping hand. It’s really all about the collective and the fundraising would be impossible without the goodwill and generosity of the PUPs that take part. Some of the gestures and donations that have been received over the years have been genuinely jaw-dropping in their generosity and really demonstrate what this fundraising means to those that take part.

How many people are involved and who are they?

There are between 30 and 40 PUPs making predictions each week. And there are more who are involved in pledges and competitions. It’s a real community and there are a diverse range of ages amongst the participants, from teenagers right through to retirees like me.

How much have you raised over the years?

Where has the money gone?

The money goes to the Community Sports Foundation to help fund and support the Down’s Syndrome football team and other pan disability groups. The money has been used for many different things over the years and it is totally left to the CSF to choose where to utilise it to best effect, be that kit, equipment or assisting to fund excursions to complete fixtures across the country.

What does it mean to have the support of Cavell Healthcare and our fellow sponsor Turner European Consulting?

The support we get from our sponsors is invaluable. Both are very much part of our Rays Funds family. Their money goes straight into the presentation pot which gives us a great base to build on each season. We are all really proud to be associated with these fantastic companies.

What are your thoughts ahead of the next season?

Next season will be the 15th consecutive season for Rays Funds. I’m really looking forward to it and raising more money for the CSF. Hopefully many of us will be able to meet up again for the first time since March 2020. That would be great. As for the football itself, as always I’m full of optimism. Perhaps we’ll have a better idea once the transfer window is over but at the least I’d hope we can consolidate our Premier League status.

Our Managing Director, Gordon Anderson also wanted to add “While this is a collective efforts by the Pink Un Pickers (PuP’s as Eddie calls them) I would pay tribute to the dedication of Eddie, who has worked tirelessly to keep this amazing effort going year to year, he is a true unsung community hero who does everything in his power to help others, and the great thing is anyone can join in via either his  Rays Funds Facebook page or of course the Pink Un Norwich City Forum, its great fun and you don’t have to be a Norwich City fan to join in, local communities need as many people like Eddie Edwards as possible, they make such a difference to so many peoples lives”

Download our app using the buttons below, or scan the QR code on your device. 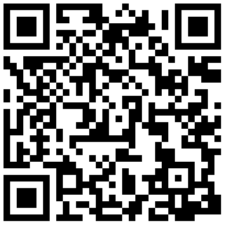