An Award from a Lord! 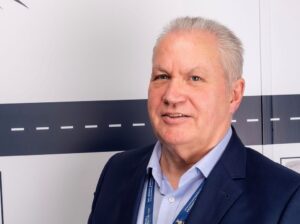 We are so proud of our Managing Director, Gordon Anderson, who recently travelled to the House of Lords to collect an award recognising his hard work and commitment during the pandemic. We caught up with him to find out more…

What was the award you were collecting?
I was chosen as a COVID hero, for the work of Cavell Healthcare throughout the pandemic. I stress while I received the award, it was very much a team effort in which every single one of the Cavell Healthcare family played their part, from staff out in the community to our office staff and the senior team.

What was it like visiting the House of Lords?
It was very impressive and humbling. You don’t realise the scale of the place until you are in the building and it felt like being inside an old English public school (not that I have been in one). I was really struck by the beauty of the building. That said, it was a different story outside, as the day I was there was the day after the story of the now infamous Downing Street party of last Christmas broke, so the government protestors were out in their hundreds and security had been ramped up.

Who did you meet during your visit?
The event was hosted by Lord Palmer of Child’s Hill, who spoke about his admiration for the work of care staff. Professor Martin Green OBE who is Chief Executive of Care England, also had a message from Gillian Keegan, Minister for Care and Mental Health, who thanked care staff for their care and commitment.

What were the biggest challenges you faced in delivering care during the pandemic?
Probably the biggest challenge was keeping calm and not descending into panic or overreacting, as the pandemic heightened, and this was down to our care staff, who were awesome. It was such an unknown situation – one that none of us had experienced before – and it would have been easy for them to get scared and not come to work to protect their loved ones, but they didn’t. It was particularly challenging in the early days of the pandemic because of the lack of direction from the government and the fact that all the focus was on the NHS (understandably), meaning social care and community care was rather forgotten.

How has the pandemic affected your business? Have you seen an increase in demand for your services, for example?
Demand is at an all time high for services like ours, which is why we took the decision to open an additional office in Suffolk, which has gone from strength to strength. The sector has lost a lot of staff in the last few years, and the feeling is the government is finally starting to recognise the financial pressures facing the sector and have an appetite to give workers the recognition they deserve in terms of the role “care worker”. It feels as if they are finally recognising the lack of funding to local authorities allowing them be able to pay more, so I think the next year will bring some of the changes that are so desperately required.

How have you kept your staff motivated during the pandemic?
Our staff, I believe are very much self-motivated, you have to be to do this job. However we did lots of things to let them know they were appreciated and we tried to make it fun, as well. We surprised them with goodie bags at Easter, hampers at Christmas and we gave away 35 holiday breaks as it was so difficult for staff to have time out with their families. We even had a prize draw giving away a car as a reward for one lucky winner (Andy Smith); staff had entries based on their hours worked and compliments received, and the all the names were put into an electronic wheel. We did initiatives like these to let staff that they are appreciated by both us and the people we support, our wonderful clients.